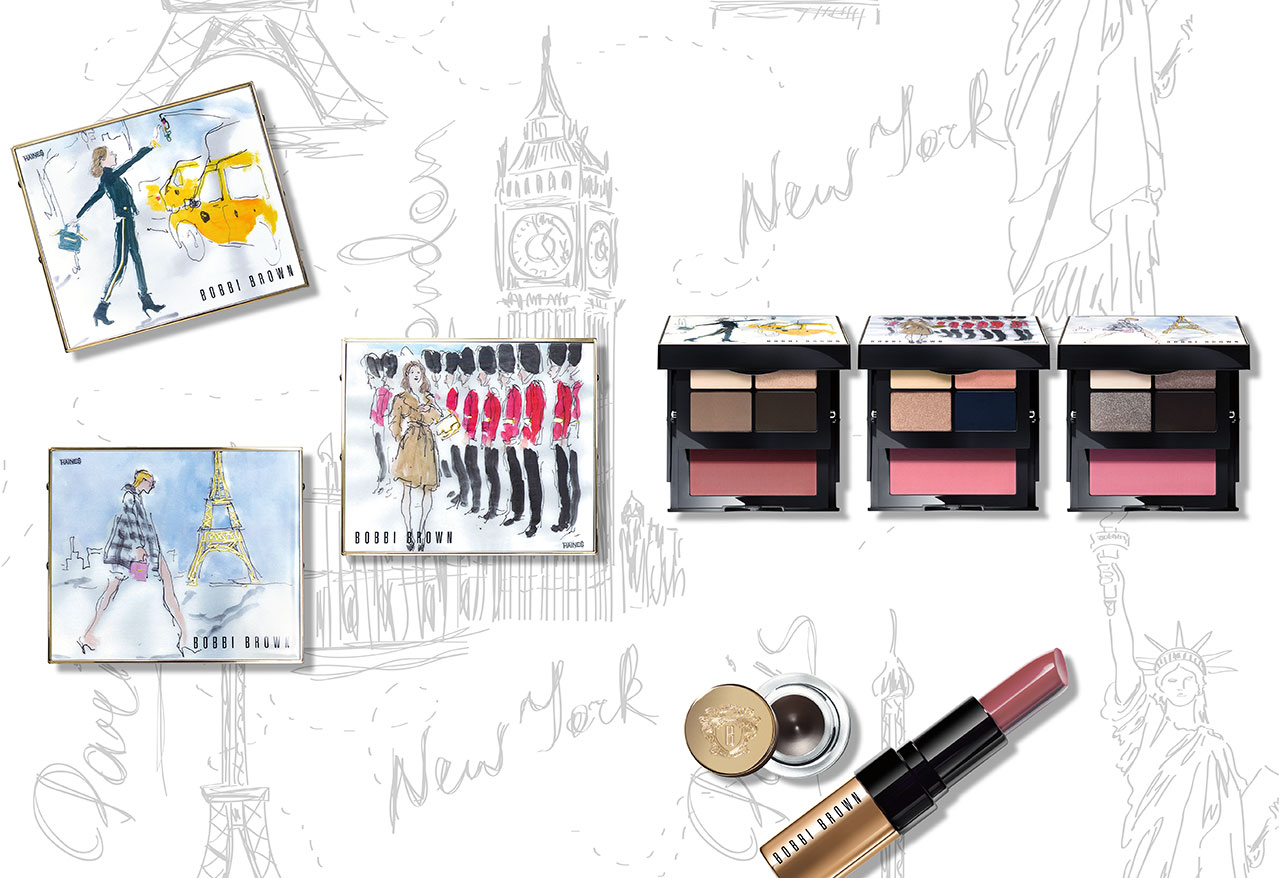 Inspired by Bobbi’s three favorite cities, New York, London and Paris, the collection includes palettes with selected shades for the eyes and lips. “From contemporary New York to fashionable London and sophisticated Paris, the palettes represent what I love most in every city,” Bobbi says.
For the artistic editing of the range, she collaborated with the renowned fashion illustrator Richard Haines, who adorned each palettte with the emblematic figures of the three cities. Each Shadow Palette includes four shades but also a blush in a tone that symbolizes the pulse of each city. Modern nudes for New York, shimmering textures and navy blue for fashionable London, gray and pink for the sublime and timeless Paris. Look directly for the palette that suits you best, as they have become a fast-seller!