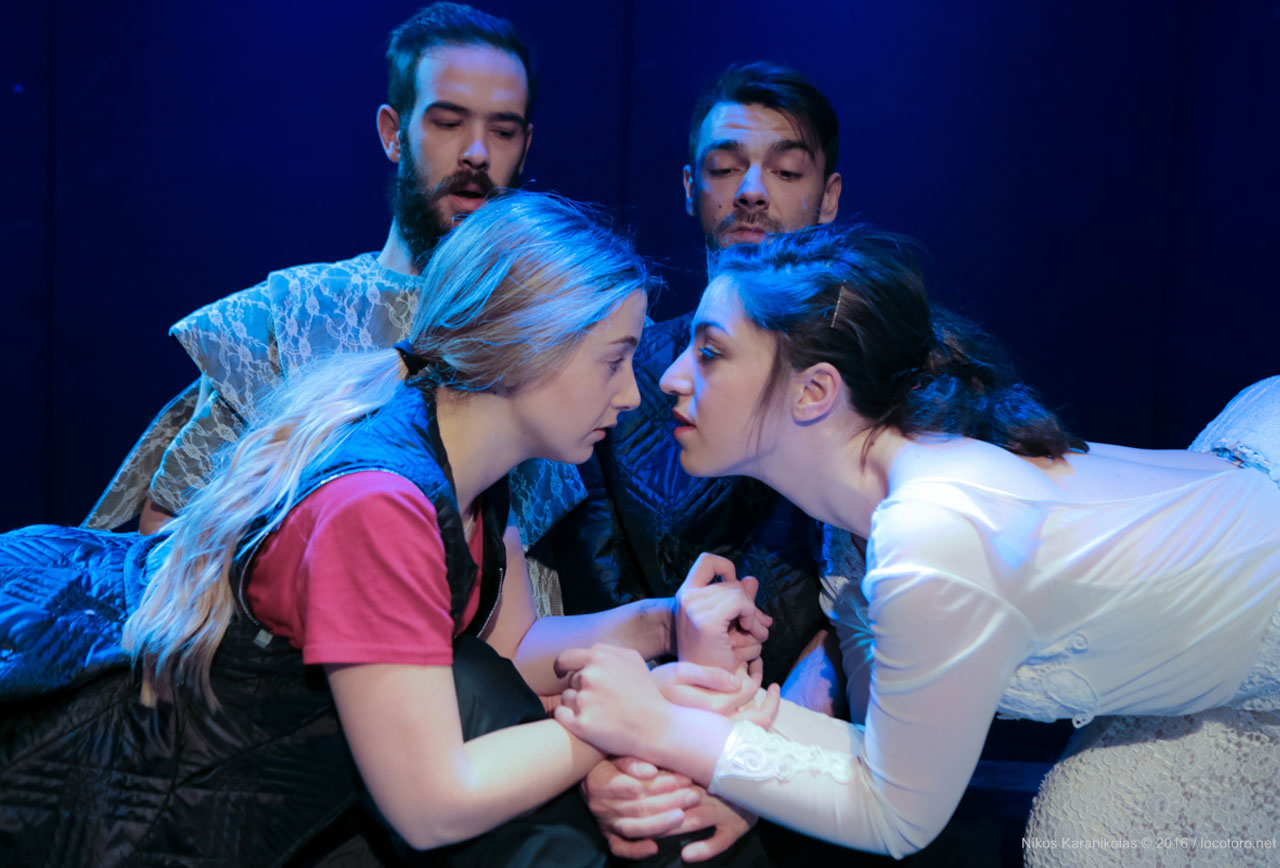 “Orlando” was written in 1928 and is considered to be one of the most enjoyable novels of Virginia Woolf. A fictional biography of a young nobleman at the age of 30 who lives from 1600 until 1900 without ever… aging.

This play could be described as an adventurous and exciting journey through space and time, a brilliant “game on stage” in search of “self” and maturity. The spectator follows step by step the enjoyable way to maturity of this strange creature, Orlando, a journey that lasts for four centuries: from the 16th to the 20th century. He starts his life on stage as a young nobleman in the service of the Virgin-Queen Elizabeth in the 16th century. He falls deeply in love with a Russian princess, and his love lasts for four centuries. He visits the palaces in Istanbul of the 17th century where he is cherished by both sexes. Then, he returns as a woman in Victorian England and he experiences the restrictions of that era. The journey ends at the beginning of the 20th century at the dawn of the female emancipation. We recommend it!