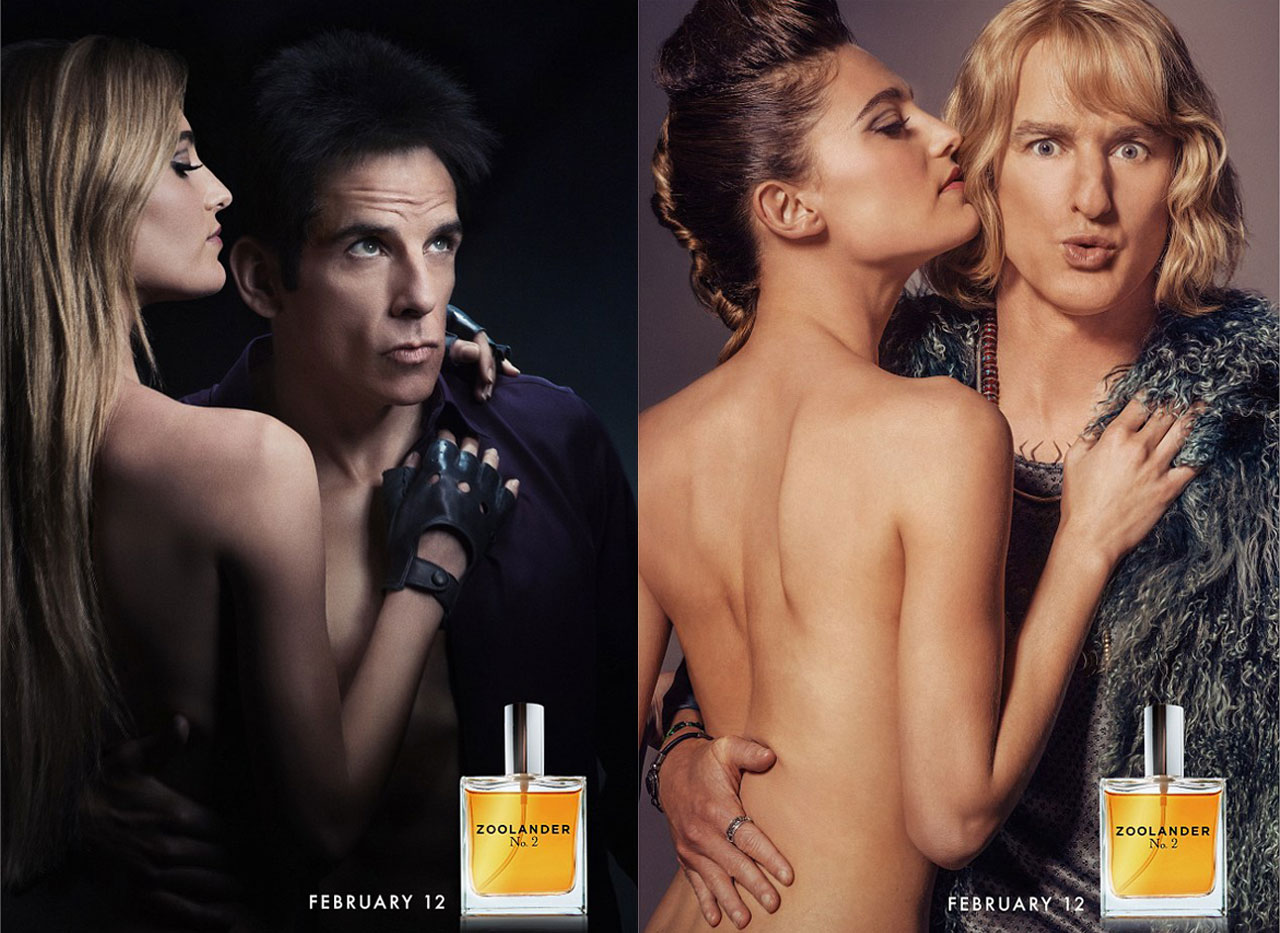 ‘Nothing attracts like the scent of No. 2’: Ben Stiller and Owen Wilson star in spoof perfume ads for Zoolander sequel.

A new series of fake fragrance campaigns came out, showing the film’s stars Ben Stiller and Owen Wilson posing beside naked female models. First, Zoolander 2 spoofed the hugely popular Netflix docu-series Making A Murderer. And now, the sequel has turned to over-the-top perfume ads to promote its release. A silly accompanying video has clips from the movie, interspersed with a booming voice saying: ‘Nothing attracts like the scent of No. 2. The film sees Derek Zoolander – now a washed up model – enlisted to help stunning Interpol agent Melanie Valentina (Penelope Cruz) after the world’s most beautiful people start getting assassinated, pulling Derek’s once iconic Blue Steel pose in their final moments. Justin Bieber plays himself, and can be seen getting killed off in the trailers for the movie. Kim Kardashian, Kanye West and Miley Cyrus also have cameo roles in the film, while Kristen Wiig plays a heavily Botoxed fashionista and Will Ferrell is returning as the villainous Mugatu. Benedict Cumberbatch is another A-lister who will appear in the movie, as ‘the biggest supermodel in the whole world’, All. However an online petition is urging a boycott against the film, calling his character ‘an over-the-top, cartoonish mockery of androgyne/trans/non-binary individuals’ – and ‘the modern equivalent of blackface’.

The hotly anticipated sequel hits cinemas in the US and the UK on February 12, almost 15 years following the release of Zoolander.

Opportunity for a trip to London