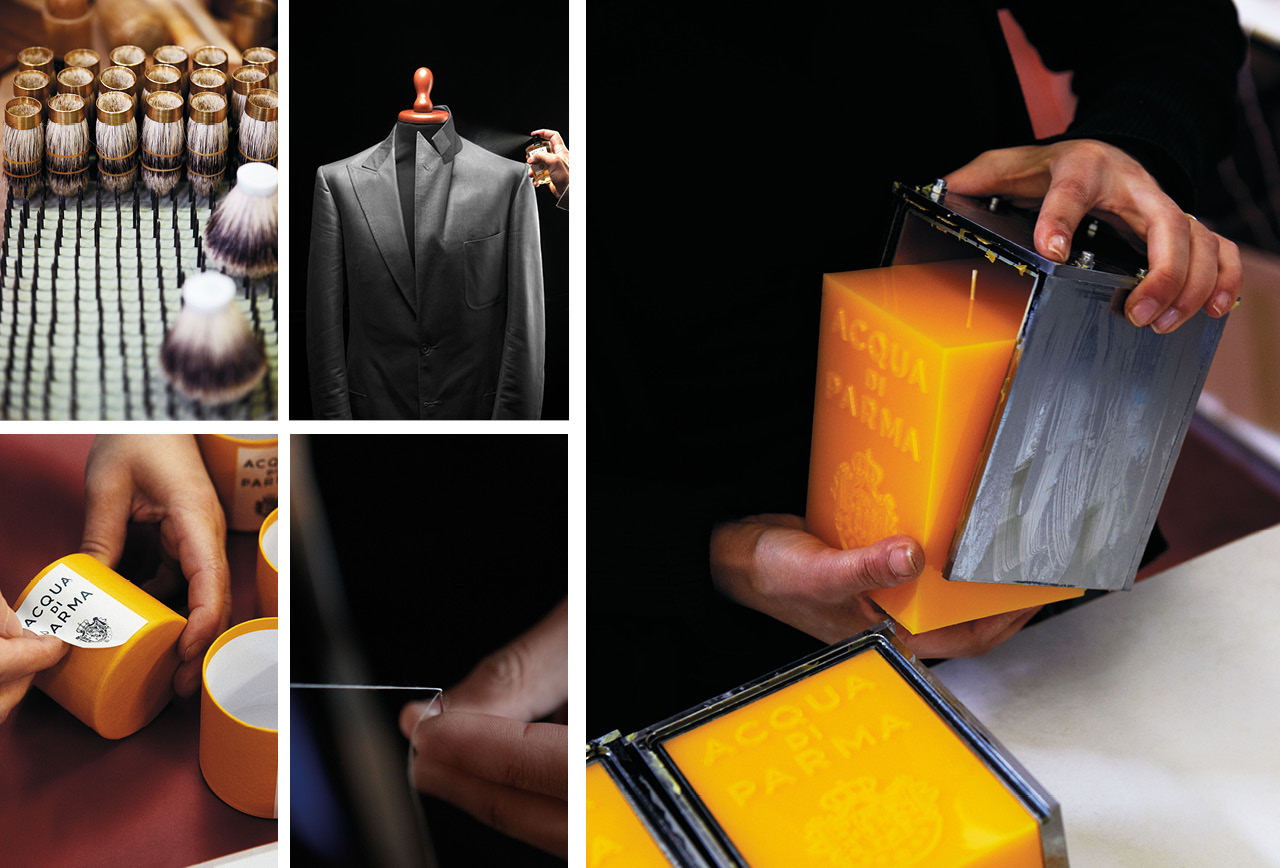 The Essence of Italian Style…

It all began in 1916 in a small essential oil workshop in the heart of old Parma where Carlo Magnani, a man of great elegance and refinement, heir to a noble family of Parma, created a fragrance which was unusually fresh and modern and which reflected his lifestyle. It was the first real Italian cologne. Colonia by Acqua di Parma. A new classic destined for timeless success. The composition of Colonia, still unchanged today, is gaining ever greater popularity. In the 1930s, it became the “perfume” of the era. Its art deco inspired bottle with its classic black stopper in Bakelite was born during these years and immediately affirmed itself as a real style icon. In the 1950s, Colonia attained international success. Hollywood actors, invited to Italy by the great masters of Italian cinema, discovered its intimate and refined notes in the historic bespoke tailors’ shops where a puff of Acqua di Parma’s fragrance would be squirted by the tailor before handing over a made-to-measure suit. A tradition which has connected Colonia from its birth to the world of men’s bespoke tailoring and makes it a must-have accessory. In the 1960s, fashions changed, but Colonia continued to exert an immutable appeal and proved to be the preferred fragrance of an international elite of connoisseurs, remaining as such until the 1990s when, due to three well-known Italian entrepreneurs united in their passion for Colonia, Acqua di Parma gained new strength, giving rise to new creations. A style was born, a way of living, a philosophy of life which inspired clear social references